I am Gia Jichonaia. Bilingual writer, poet. I write in Georgian and Megrelian languages ​​(UNESCO named Megrelian among the endangered languages ​​in 2016.) I create Kirbis in Megrelian. I work in Zugdidi, as the head of museums. I am the author of ten books. I am the author of many books published in different languages. My four-volume book was published in Tbilisi (Georgia) in 2014. Sonnets, poem prose, moon baths ’, novels, The Last Walk, 21st Century Women’ s Illusions, Literary Tales, Golden Age, Lyrical Drama, Sonnets, Kirbis, elegies, robai, novel, the original form of the poem "Chronicle of the Colchian Days", "White Nights of Iberia" in Megrelian. 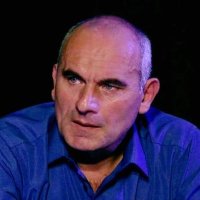